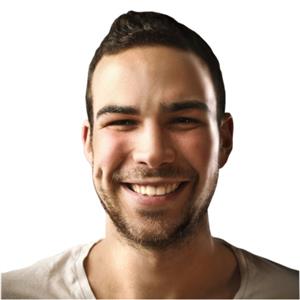 Man City to win the title, Liverpool to be runners-up, Spurs to get top four, Arsenal to get top six, Aston Villa to finish top 10, and Leeds to go down.  Get on this at 34.0 at Stake.com

Spurs have had a brilliant transfer window and after a full summer of Antonio Conte's ruthless training will surely be in a position to at least equal what they achieved last year, especially with Richarlison, Yves Bissouma, and Ivan Perisic providing significant upgrades across the team.
Aston Villa have gone under the radar, but Steven Gerrard has done well to attract Neil Critchley as assistant manager, with the former Blackpool boss likely to improve Villa's tactical variety and complexity, in turn bringing a lot more out of Leon Bailey and Emiliano Buendia. Philippe Coutinho, Boubacar Kamara, and Diego Carlos are strong signings, too.
Leeds United hugely overachieved under Marcelo Bielsa and still possess what is largely a Championship-level squad, so it is inevitable they will drop significantly in 2022/23. When you factor in the losses of Rafinha and Kalvin Phillips, surely they stand no chance of staying up.
This bet rests on who wins the title, and with Erling Haaland likely to score a hatful of goals it is difficult to look beyond the obvious answer. Liverpool will push them hard, but with Jack Grealish improving over the summer and Haaland there to convert more of City's chances, Pep Guardiola can make it five in six.

What to Bet On

Back Man City to win the title, Liverpool to be runners-up, Spurs to get top four, Arsenal to get top six, Aston Villa to finish top 10, and Leeds to go down at 34.0 at Stake.com

In this Story Stream

Copyright © 2023 Reproduction in whole or in part in any form or medium without express written permission is prohibited. Players must be 18 or over and located in jurisdictions where online gambling is legal. Please play responsibly. Bet with your head, not over it. If you or someone you know has a gambling problem, and wants help, call or visit: Gamcare . #Ads © 2023 st.codes